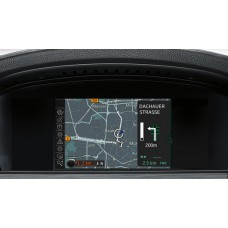 For the following BMW models:

this disc is NOT compatible with any BMW 5 Series (E60, E61) which has a USB slot in the glovebox.

For those who have a Business system, 2D-Display additional to 'Turn-by-Turn' instructions.

Also, please note, you must have updated firmware with software at least after May 2005.